Over the seasons Gunisao has seen many guests, staff and trophy fish.  If the Lodge walls could speak, we all know that they would have some interesting stories to tell.  Tales of amazing trophy catches, fish that got away, unannounced bear arrivals at shore lunch, and everyday guest banter, would be just a handful of the memories/stories you would hear.

You can view/download our commemorative 30th Anniversary photo collage here. 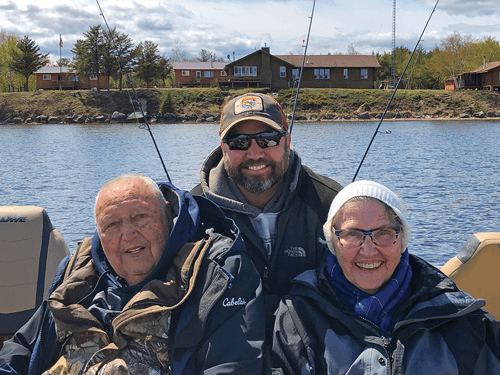 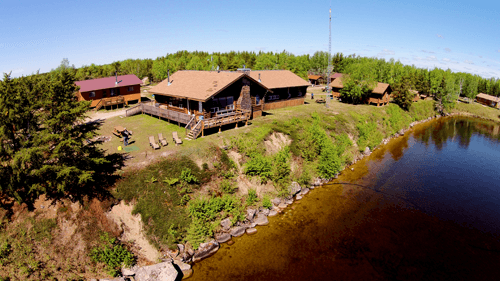 The origin of the Lodge is an exceptional story in itself. Gunisao Lake was once commercially fished for several years. It was not fished for walleye nor for northern pike, but rather for lake trout. The “Old Fishing Station” near the middle of the lake was the staging area for harvesting the fish. Also, there is an old ice shack on an island just north of the lodge that would store the ice for shipping the harvested lake trout. Natives from Norway House brought wood boats up 42 portages from Norway House and set up tents, Gunisao Lake was then a formal fishing destination. Some years later a gentleman by the name of Jim Gulay, from Fisher Branch, Manitoba purchased the operation. He built the Lodge, runway and cabins. Gulay operated the camp for close to eight years before selling it to Dr. Jim and Don Budd. Gunisao Lake’s most noteworthy story would be of how Budd’s Gunisao Lake Lodge came to be. Dr. James (Doc) and Don Budd purchased Gunisao Lake Lodge in the fall of 1987. Previous to this Dr. Budd had practiced podiatry in Michigan for twenty-six years and had retired in 1985. Shortly into his retirement, Dr. Budd’s family decided that he needed something to keep busy. This led him to the inevitable; he took his love of fishing, hunting and the outdoors, and decided to pursue the fishing resort industry. It took a couple of years for Doc and his brother Don to find the right combination of location and fishing to strike an interest, but it was a search worth waiting for. Together they visited many lodges, carefully considered a few, but in the end fate took its course. One day Doc’s phone rang and on the other end was Jim Gulay. Mr. Gulay had heard that Dr. Budd was looking to purchase a fishing resort, and was calling to tell him of his fishing lodge in northern Manitoba. It did not take much convincing for Doc and Don to head up to Manitoba and take a look at this lodge with their own eyes. Dr. Budd and Don spent nearly a month at Gunisao in the fall of 1987. They fished, learned their way around the lake and tried to decide if this was truly the right place. In the end Doc and Don purchased that lodge, which we all know today as Budd’s Gunisao Lake Lodge.

In the years that Dr. James Budd has owned and run Budd’s Gunisao Lake Lodge, he has surrounded himself with family much of the way. His brother Donald Budd was there in the beginning as part owner. Don was also the cook in the kitchen and assisted Dr. Budd with handiwork and many other things around camp. Don’s wife Barb was actively involved with the lodge during the summers and accompanied Don to sport shows in the off season. Ann Louise, Dr. Budd’s wife, has also been involved throughout the years. She has worked the occasional sports show, answered the phones, lent helping hands to the serving and cleaning staff, and expedited in Winnipeg. Brendon Budd, the fourth of Dr. Budd’s six children, was also with Budd’s Gunisao Lake Lodge in the beginning. Brendon helped Dr. Budd manage the Lodge for thirteen years. During these years he met and married his wife Lisa, who was the lodge’s expeditor at the time. They were both involved in everything from sport shows to bartending during the regular season. Dusty, the youngest of Dr. Budd’s children, is the current manager of Budd’s Gunisao Lake Lodge, 2022 is his twenty-first season managing. Jennie, Dusty’s wife, began at Budd’s Gunisao Lake Lodge as part of the serving and cleaning staff. Once again that Gunisao fate played its part and now twenty seasons, 17 years of marriage, and two kids later, Dusty and Jennie still work side-by-side managing the lodge they both love so much. Dusty and Brendon both grew up at the lodge and now a few of Doc’s grandchildren will too. Lisa and Brendon’s daughter Savannah, who many of you may remember, is now 25 years old. Dusty and Jennie’s son Jackson is fourteen years old and their daughter Dakota is eleven. Jackson and Dakota are already learning the ropes around camp and are shoe ins for the future guiding and serving staff.

Budd’s Gunisao Lake Lodge is truly the World’s Best Trophy Walleye Fishing destination.  One look at the master angler list in Manitoba’s Fishing and Hunting Adventure’s Guide can attest to that. Just ask any of our long time patrons. Some have been fishing Gunisao Lake for the entire quarter century that Budd’s Gunisao Lake Lodge has been around; Valspar group, the late Reverend Youngdahl and group, Dr. Molinaro’s group and the O’Daniel group. Most anyone that has ever fished Gunisao waters knows exactly why it is such a special place, such a diamond in the rough.

If Trophy Walleye’s Your Game, Then Budd’s Is The Name!™ 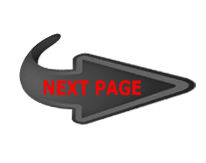